When John Merullo couldn’t reach his mother-in-law during Hurricane Harvey, he told his husband, George, about a library reference tool they could use to help contact her.

“The storm was going on, and (George) hadn’t heard from Jeanette, his mother, in eight hours,” said Merullo, manager of business services at the Central Library in Houston.

The couple feared the worst. Streets were flooded, and they couldn’t leave their house.

That’s when he realized he could use ReferenceUSA to search phone numbers of neighbors, who could help find his mother-in-law during the devastating storm.

“I went to ReferenceUSA, and I did an advanced search for her street,” Merullo said. “I got a list of several people. George recognized a few of the names because he grew up in that house.”

They called the first neighbor. No answer. Then the second neighbor—still nothing.

As anxiety began to set in, the couple decided to call one more person. This time a neighbor picked up. The neighbor visited Merullo’s mother-in-law and confirmed she was indeed safe.

“I’m just so glad ReferenceUSA was there when we needed it,” Merullo said. “It helped us to be able to find a person when we feared the worst.” 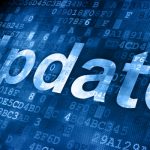 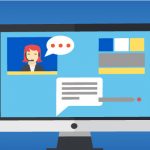