How to Grow and Promote Your Library

When we created Patronlink, we wanted to build a practical marketing tool for libraries everywhere—large metros and small towns included.

While ReferenceUSA can be used to expand library offerings to your patrons, Patronlink is the product you use when you want to grow your whole library. This tool gives your library access to top marketing tools designed to grow your library as dedicated experts to support your promotion efforts.

Share this article with the individuals charged with growing and promoting your library and they’ll be sure to thank you.

For example, we recently visited libraries in Merrillville, Indiana, a city with a population of about 35,200. The Lake County Public Library system needed help marketing digital library services to non-patrons ages 25 to 39. These people were young professionals and parents with little free time.

At Patronlink, we also know growing your library means more than increase cardholders. Sometimes, it’s about offering books in different languages to appeal to more people in your community.

In Spartanburg, South Carolina, the Spartanburg County Library was seeking a $1,000 national grant to buy books in Russian and Spanish.

They discovered two of their branches had large populations of Russian- and Spanish-speaking communities, allowing them to prove their library would put the grant money to good use. The library also used Patronlink to send 700 postcards in Spanish and Russian to those households.

A year after the books were purchased, the continued presence of those populations continued to justify the library’s decision in maintaining those collections. Additionally, they have continued using Patronlink’s demographics selections to identify the best audiences for other library programs.

For some libraries, like the Old Bridge Public Library in New Jersey, Patronlink can open the door to new marketing methods you haven’t seen. The Old Bridge library put their go-to methods on the backburner including newsletters, flyers, and other programming.

They used email to promote their health and wellness and youth summer reading programs. Their target audience was children ages three to 15. To do this, they used Patronlink’s DIY email campaign tool.

Whether you’re trying to get more cardholders, secure library funding, or find new ways to increase event attendance, Patronlink is a valuable resource for your library. Is your library director or marketing team interested in helping your library grow? Tell them about us, and we’ll do the rest. 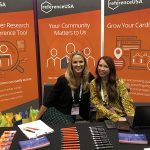