If you work in a library on the East Coast, there’s a chance you’ve seen or met director Bill Loges with ReferenceUSA.

Loges started at Infogroup in September 2000 as a senior sales executive covering the northern United States and parts of the United Kingdom and Europe. ReferenceUSA is a product of Infogroup.

Notably, Loges helped coordinate a custom solution between Infogroup and the City of New York to measure consumer expenditures and mapping. He also manages a significant relationship with the State of New Jersey and its public library system. This has since grown into one of our largest clients.

Loges also is a proud partner of the PowerUP! Business Plan Competition. Since 2003, the contest has helped 8,750 people and over 1,150 business plans. The organization has awarded over $450,000 to Brooklyn-based entrepreneurs to get a jumpstart on new business ventures.

In his free time, Loges likes to ride his motorcycle. He has four children. He also loves to travel internationally. 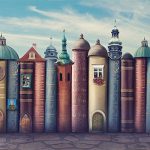 How to Grow and Promote Your LibraryNewsletter 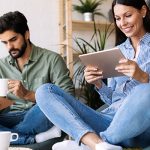 How COVID-19 is Affecting Our LibrariesNewsletter