Bebe, retailer of sexy clothing and chic contemporary fashion is closing all 168 stores in the U.S. and Canada by late May 2017. It’s unknown whether this means they are becoming an online-only store or shutting down completely.

Eastern Outfitters is closing 48 of its 86 stores operating under the Bob’s Stores and Eastern Mountain Sports banners.

Retail giant Sears said it will close 92 under-performing pharmacies inside Kmart stores and 50 auto centers in a bid to further cut costs in the face of rising red ink. The cuts come just four months after the retailer announced it would close 150 Sears and Kmart department stores across the country. 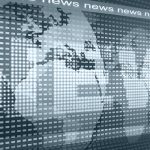